Rett syndrome is a genetic disorder caused by a mutation in the MECP2 gene, which is found on the X chromosome and is the second most common cause of severe intellectual disability after Down syndrome.

Dr Wendy Gold has been studying Rett syndrome for the past 10 years. A leading academic at the University of Sydney, Children’s Medical Research Institute and Kid’s Research at the Children’s Hospital Westmead, she conducts a program of interdisciplinary research aimed at understanding the underlying molecular pathology in order to develop novel treatments and ultimately a cure for Rett syndrome. 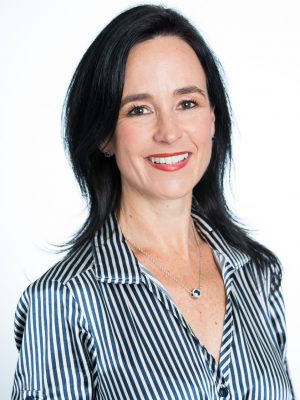 Rett syndrome is a neurological disorder found almost exclusively in females. Infants and children with the disorder usually develop normally until approximately age 6 to 18 months. They then cease to acquire new skills and gradually or suddenly lose previously acquired abilities, such as conscious control of the hands and the ability to vocalize most sounds or words.

It has a prevalence of approximately 1 in 10 000 to 1 in 15 000 females between the ages of 5 and 18 years. There are about 200 girls in Australia who have been diagnosed with this condition.

Rett syndrome is a genetic disorder – it is caused by a mutation of the MECP2 gene, which is found on the X chromosome – but less than one percent of recorded cases are inherited. Most cases are sporadic – the mutation occurs randomly.

It was originally described by Dr. Andreas Rett of Austria in 1966, but did not become well known until twenty years later following publication of a report describing 35 affected girls from Sweden, Portugal, and France.

In the early onset stage – usually beginning between 6 and 18 months – there is only a subtle slowing of development, which may go unnoticed. Delays in gross motor skills such as sitting and crawling occur, and the child may make less eye contact and show less interest in toys. This stage may last from a few months to over a year.

At the rapid destructive stage – usually beginning between ages 1 and 4 and lasting for weeks or months – purposeful hand skills and spoken language abilities are lost. Characteristic hand movements, including repeated hand clapping, mouthing, tapping, washing, and/or wringing emerge. Breathing irregularities such as hyperventilation may occur. Some girls display autistic like symptoms such as loss of social interaction. Gait patterns (in those who have learned to walk) are unsteady and slowing of head growth is usually noticeable during this stage.

The plateau stage – usually beginning between ages 2 and 10 – may last for years. In this stage there is a relative stability of symptoms and there may be an improvement in behaviour, with less irritability, crying and autistic like features. However, motor difficulties and seizure activity may become more pronounced. Many females with the condition may remain for the rest of their lives in this stage of stabilization.

The late motor deterioration stage is characterised by reduced mobility and may last for years or decades. Some girls who have learned to walk may gradually lose this ability. Other difficulties may include increasing muscle weakness, spasticity, and joint contractures. Sustained muscle contractions may cause involuntary, potentially painful, twisting or distorted posturing of affected muscles (dystonia). Further abnormalities may include irregular, rapid, jerky movements, particularly of the forearms and lower legs. Scoliosis (curvature of the spine), particularly for those who are unable to walk, may become progressively severe during this stage. Eye contact and attention span however may improve and repetitive hand movements may decrease.

There is no cure for Rett syndrome. Treatment focuses on the management of symptoms. Medication may be needed, for example, for breathing irregularities and motor difficulties. Therapy can help slow the progress of movement loss. Such therapy may include physiotherapy to prevent deformities of the joints and to improve movement, occupational therapy to improve hand use, horseback riding, music therapy and hydrotherapy – exercise in water.

People with Rett syndrome attend all types of schools. They need early exposure to toys and music, age-appropriate activities, and a school environment that provides strong motivation.

Genetic neurological disorders like Rett syndrome are challenging to treat, let alone cure
due to the complexity of the brain and the hindrance imposed by the blood brain barrier.
Rett syndrome is a devastating disorder caused by mutations in the X-linked MECP2 gene,
encoding the methyl-CpG-binding protein 2 protein, affecting 1:10,000 girls and is
considered to be the second most common cause of severe intellectual disability in females
after Down syndrome.

Dr Gold who works in the Molecular Neurobiology Research Lab at the Kids Research based
at the Children’s Hospital in Westmead is dedicated to advancing treatments as well as
finding a cure for Rett syndrome, so every child has the opportunity for a healthy life. She currently leads a number of research programs dedicated to Rett Syndrome, which include modelling the disease using 2D induced pluripotent stem cells (iPSC) and 3D stem cell derived ‘mini brain’ cell cultures, gene therapy using cutting edge tools such as Adeno-Associated Viruses (AAV) and CRISPR/Cas9 gene editing technology and targeted therapies which are validated in our well characterised Rett syndrome mouse model (Mecp2 T158A).

One of the main limitations in studying Rett syndrome is the lack of models that can
accurately recapitulate the complexity of the human brain. In order to achieve their goal in
finding a cure for Rett syndrome, Dr Gold’s team are making use of patient derived stem cells (from skin
biopsies) which can be grown into neurons and ‘mini-brains’ in a dish that recapitulate some
of the features of brain cells and structural regions of the brain.

For genetic disorders such as Rett syndrome, gene therapy offers the
promise of restoring the function of a faulty gene. In recent years, AAV gene therapy has
shown exciting clinical benefits in patients suffering from a range of disorders including
neurological conditions and very recently, in Spinal muscular atrophy (SMA). These exciting
clinical results are opening doors to other disorders such as Rett syndrome. In addition, the team is also testing the efficacy of the novel gene editing technology CRISPR/Cas9 for its
capacity to edit mutations in the MECP2 gene to restore its normal function.

Targeted therapy or molecularly targeted therapy is an avenue in which
to distil out novel avenues of medical treatment. Dr Gold’s Rett syndrome research program is
focussed on testing specific targeted therapy modalities using laboratory (in vitro) as well as
in vivo methods using their well characterised Rett syndrome mouse model (Mecp2 T158A ).
Advances in this research means the prospect of therapeutic treatments, if not a cure, for
Rett syndrome patients and is closer than it ever has been to becoming a reality.